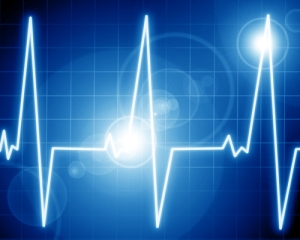 Tuesday, my mid-life crisis reached Code Blue status as I boarded a plane for Denver to check out a vintage camper I’d seen on-line.  Yes, you heard me right. A vintage camper.

Who am I you ask?  I can’t honestly answer that anymore.  For example, it wasn’t until I was all the way through airport security before I realized I’d walked on the floor with bare feet.  Can you imagine?  BARE FEET!

This mid-life crisis is pulling me forward, out of my rut, faster than I can think, because here I was with $5,000 cash in my purse ready to drive up to a remote cabin to meet a strange man to buy a 1955 Aljoa camper.  Sounds like the beginning of a bad slasher movie doesn’t it?

Reason returned to me before I boarded the plane and I made arrangement to meet him at a storage facility on edge of town. Except then I realized he could kill me, stuff me in the camper and store me away for eternity.

I walked down the aisle of the plane in a stupor, wondering again who I was and what I was doing. I came across an entire row of empty seats and climbed over to the window.  A little towheaded face popped up from the seat in front of me.

“Peek-A-Boo,” she shouted before disappearing.

I was pretty sure I’d figured out why this row was empty.  The piercing scream that made my ear drums vibrate in pain, confirmed my conclusion.

The little girl emerged again. I grinned and waved at her.  Most people are turned away by a screaming child, but not me.  In complete contradiction to my OCD ways,  I gravitate toward them like a fly to honey.  I love kids and everything about them.  From their chubby toes to their drooling mouths. I mean, who wouldn’t smile when a two-year-old looks you in the eye and asks with the seriousness of a nuclear scientist, “Do you have a penis or a vagina?”

We landed in Denver.  I got off the plane, rented my car and headed out to meet up with Ed, the part-time vintage camper renovator/part-time murderer.   I drove straight to the storage facility (also, as it turns out, not a very good place to be carrying $5,000 in cash.)

I huddled in the corner of the office wondering which way I was going to die when the camper came into view.  As Ed emerged from his tinted windowed black pick up truck I noticed he was wearing flip-flops.  I sighed with relief.  Everyone knows killers don’t wear flip-flops.

He gave me a quick tour of my new camper.  I said it was deal and rushed him through the paperwork.

“I have a flight back to Kansas City in a couple of hours.”

“Wow.” He looked at me with admiration.  “You’re an adventurer.”

I grinned and stood up a little straighter and said “Yes.  That’s exactly who I am now.  I’m an Adventurer.” 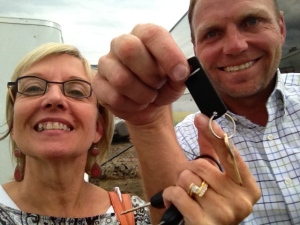