I sat in my car surveying Billy Bob’s rural compound.  A crash involving a battered Barbie car, a hula-hoop and a rusted barrel lay in the weeds.

In front of me were half a dozen crumbling carcasses of gigantic earth moving equipment.  To my right was a graveyard of broken household items; a shattered mirror, a decomposing sofa, a fry pan missing its handle, and more. So much more.

My older brother, Mike, sat in the back seat as our younger brother, Rick, climbed the rickety stairs and knocked on the door.

Mike and I stared in silent horror as a massive, furry white head emerged from beneath the steps.  The body of a gargantuan moth-eaten dog followed the head.

He turned around and I pointed to the creature waiting for him at the bottom of the stairs.  Mike and I rolled up our windows. Rick walked down and patted the beast on the head.  “Good dog,” he said and sauntered up the steps to the back, where he continued his knocking.

While we waited, the door of a vintage camper swung open. I cringed, certain Billy Bob would vault out, roaring chain saw in hand. Instead, a rooster and two hens jumped down from the grimy vehicle and crossed over to the grass to peck at insects, of which I am certain there were many.

After several more knocks on the door to the house, it opened.  A beautiful eighteen-year-old girl, with a killer body encased in spandex, stepped onto the porch.

Mike and I started to get out of the car.

A grimace on the girl’s face caused me to re-evalute my move and her age. Now she was a well worn thirty-five year old woman. “Get back in there!”

We did as we were told.

“It’s down the road. We have to drive,” Girl/Woman said.  She walked over to a camouflage ATV, pushed off a six-pack worth of empty beer cans and hopped on.

We followed her past the chicken coup RV and into some deep weeds.

How do I get myself in these situations?  You could read last week’s post, Unicorns, Mountain Lions and Brush Hogs, or you could just assume that, as the Mayor of Crazie Town, I’m doing my duty and trying to purchase a mower.

Remaining on the ATV, Girl/Woman pointed to a group of trees. Rick and Mike exited the vehicle and whacked their way to the brush hog for sale.

“Any way you could get it out so we could look at it?” Mike asked.

We stretched a rope between my car and the equipment.

“You better not do nothing to hurt it.” She threw a worried look over her shoulder.

We dragged the piece of machinery into a clear patch and Rick began his expert negotiating tactics.  “It’s not quite what we’re looking for, but we’ll give you $400.”

“No way,” Girl/Woman snarled. “And you’d better put it back where you found it before you leave.”

Mike and Rick gave it a second look and decided it was worth the asking price.  I counted out $500 and handed it over.

Her fingers flashed through the bills and she nodded. Girl/Woman jumped off the ATV, a smile lighting up her face, turning her back into the beautiful eighteen-year-old girl.   “How ya gonna get it in your trailer?  I can bench press three-hundred pounds, so I could help.”

Mike’s plan was for them to tilt the brush cutter on its side, I’d “slide the trailer” under it and they’d flip it on.  Girl/Woman was correct in her bench press statement and with her help, this endeavor went fine.

Unfortunately, Girl/Woman had laid the $500 on the ground to help lift and when she returned to the pile, $20 was missing.  We kicked around in the tall grass searching when Mike joked, “Maybe one of the dogs ate it.”

“Max,” Girl/Woman hollered.  The raggedy behemoth turned his head her way, a luscious $20 bill hanging from his mouth.

We took off before a replacement twenty could be demanded.  As we drove back to our family farm, Mike and I concocted our stories of Girl/Woman’s life.  A stripper who’d made it good, and likely to tell Billy Bob that she’d only been able to get $400 for the equipment.  Rick was appalled by our assumption and insisted she was probably a schoolteacher.

In any event, I made it out of there with my life and ready to work on my next Crazie Town situation: How to remove a frog from the fresh water tank of my camper, whom I discovered last week, peering up at me from inside the intake valve. 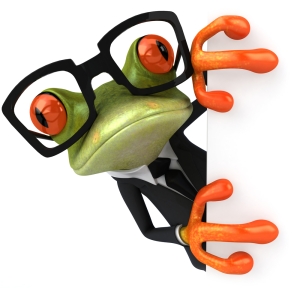 A couple of years ago, when my aunt died, she left me a fairly worthless piece of farmland about sixty miles from my home.  I know the land is worthless because my Grandpa said so in his will.  A third of the original farmstead [the rich flat land] went to my father, the other two thirds [the rocky, cedar-tree-infested land] went jointly to my two aunts.  That’s the part that I inherited with my brothers and sister.  Basically, I own one/nth of one/half of some acreage.

We hired a local farmer (Little Steve, son to Big Steve – a friend of my dad’s and the only farmer we knew) to plant the fields he could.  The rest is rocky, hilly and covered in trees.

In the plus column, at the highest point, you can see for miles.  I’ve spotted dozens of deer and turkeys and coyotes. In the early spring we even had one little lonely duck on our sad tiny pond and after I parked my vintage camper out there and spent the night, I heard a mountain lion.

In a fit of Crazie, and against the advice of every attorney I talked to (more than six, less than twelve) we all decided to keep the land.  Why? you might ask along with my husband who asks constantly. Maybe because it is two-thirds of the farm I grew up on and although as a kid I never once wanted to do a single farmer thing on it, now I can’t wait to get my hands dirty.

Besides, I had a vision. Simply remove all the invasive cedar trees and we’d be left with unicorns dancing in the starlight or possibly just rolling hills covered in prairie grass and wildflowers.

We worked and slaved (for one weekend) and then paid someone to bulldoze acres of the prolific cedars.  After two days  he finished. But I was determined to keep going.  I had a vision after all.

I started out with a hand saw and then graduated to a reciprocating saw, which required the purchase of a generator, extension cords, gas cans.

I borrowed my nephew’s chain saw (don’t tell Husband) and cut down every cedar I could reach.

Overwhelmed with nightmares of cedar trees, I learned from Little Steve to hone in on the female of the species, easily distinguished by the thousands of blue berries covering her branches.

In the process of tidying up the land, I uncovered spectacular deciduous trees; walnuts, red buds and pears.  Next to the hundred year-old-dump — a dry creek filled with rusted tin cans, stoves and old tires — I discovered a hundred-year-old oak tree with a seven-foot circumference.

From Little Steve, I also learned that baby cedar trees pop up wherever there is open grass so the cleared area would need to be mowed. Rather than pay someone, I thought it would be more fun (?) to buy my own tractor and a brush hog — that’s a mower to you city folk.

From a friend of a friend of my brother, Rick, I looked at a 1949 Ford 8N tractor.  The owner was kind enough to deliver it.  Sure there were a few issues, like I had to disconnect the cable after every use or the battery would run down and the steering was so loose I could turn the wheel a foot in either direction with no reaction.  But it was a tractor and it was destined to be mine.

In Crazie Town, the women/girls stayed in the house and cooked while the men/boys ran the equipment, so in all my years on the farm, I never once drove a tractor.  I gleaned a little bit of farm knowledge so I could probably tell the difference between a plow and a harrow, but I couldn’t, for the life of me, tell you what a harrow is used for.

But, now, I had the possibility of my own tractor and I was in farmer heaven.  I puttered around learning how the gears worked.  I drove the tractor fifty yards one direction, changed gears and drove fifty yards in the other direction.  Number one lesson learned: don’t drive over rough terrain in third gear with the throttle full out.  Until I could get my foot on the clutch long enough to downshift, I bounced around on the seat like a piece of popcorn in a hot pan.

After that harrowing (hey, maybe that’s what a harrow is for?) experience, I coasted up to the owner who was trying very hard not to laugh. I paid him and with a shaky hand I waved goodbye and he drove away.  I turned off the tractor and…it never started again.  I left it where it landed and drove the sixty miles home, composing a story in which I could tell Husband about the tractor without actually mentioning that I’d probably just purchased a very expensive lawn ornament.

It appears to have been eaten by some cute little field mice.

With the help of Rick and his wife, Shelly, we took a trip to the Tractor Supply store, where (as every woman has experienced) the salesclerk would only talk with my brother.  He informed Rick that my vehicle was so small that bona fide tractor parts don’t fit.  He sent us to the lawnmower department which I found quite insulting, but less expensive.

Once we installed the fuel filter — right side up — the tractor roared to life.  Hurray!

However, it is just a moving lawn ornament until I can buy the brush hog to do the mowing.

Stay tuned as I find myself in Billy Bob’s Death Compound.